Absorbent Training Part 3: Why You Should Lose the Cat Litter

Before New Pig’s founders invented the world’s first Absorbent Sock in 1985, they spent their days shoveling grit to clean up oily machinery and floors. The work was back-breaking, but at the time, clay cat litter was the only absorbent on the market. You had to make a mess to clean up the mess. Fortunately, times have changed and cleaning up oily messes today is safer, easier and less expensive compared to cat litter.

This article answers some common questions about using kitty litter as an oil absorbent and provides nine reasons why absorbent mats and socks are a better choice.

At a glance, it might appear that cat litter soaks up oil, but technically it does not. Oil coats the surface of each cat litter particle, but it never gets absorbed inside. Why does this matter? As the coated litter is handled, or if it just sits too long, the oil can seep back onto the floor or other surfaces - the mess never ends!

What is the Difference Between Cat Litter and Oil Dri?

Cat litter and Oil Dri (Oil Dry) are essentially the same thing. They’re both clay-based products that are not capable of absorbing liquids, and both can be hazardous to your health when their dust is inhaled. The primary difference is that kitty litter products tend to add odor-control and anti-clumping properties, whereas Oil Dri exists in a more basic form.

What is the Difference Between Kitty Litter and Other Oil Absorbents?

Modern oil absorbent products (called contained absorbents) take a different approach to leak and spill cleanup. Instead of clay, they are made from safer, more absorbent materials like ground corn cobs, vermiculite, cellulose and polypropylene. And instead of having to spread loose particles all over your floor, absorbent socks, pillows and mats are designed so you can easily pick them up once they’re saturated — and the mess stays inside.

Making a Case to Lose the Cat Litter

When it comes to oil absorbent vs kitty litter, it’s not even close. Here are nine reasons to let it go and make the switch:

Reason #1: Clay Can Ruin Your Health

Check out the health warning on the bag. Clay contains crystalline silica, a mineral that is known to cause silicosis – an irreversible lung disease that causes fluid buildup and scar tissue in the lungs, reducing your ability to breathe.

Absorbent mats and socks are silica-free with little to no dust.

Gritty dust and clay particles find their way into all sorts of nooks and crannies – including engines, gears and other moving parts. This causes premature wear and unscheduled downtime.

How much of a problem is it, really? To find out, we sent ten 20 ml samples of motor oil containing clay dust articles from two leading brands of clay-based loose absorbent to an SAE/ASTM-certified laboratory. A 1-hour, standard ASTM D4172 ball bearing wear test determined that just 20 dust-size particles could reduce part life by 20%. Ouch!

And when it’s not busy wearing out machines, it’s scratching up the finish on your floors and ruining any hope of a smooth finish for anything you might want to run through a paint booth.

Clay sticks to your shoes, so it – and the oil on it – goes wherever you go: into offices, lobbies, the lunchroom. Now the mess is everywhere instead of just on the spill.

Absorbent mats for aisles and walkways lay flat and absorb dirt and oil as they are walked on so that it doesn’t get tracked everywhere.

Few will dispute that spills are messy. But clay makes them messier, increasing the area and the volume of waste material that has to be swept up and shoveled to bring the area back to normal. The bigger the area that’s covered with clay, the longer it takes someone to clean it up. You’re actually making a mess to clean up a mess.

With absorbent mats and socks, you just put them down, let them do their job and pick them up. That’s it. No sweeping. No shoveling.

It’s made from crushed rocks. What looks like absorption is really just the liquid coating the surface of each solid particle, which means that over time, all of that liquid seeps right back onto the floor.

Contained absorbents are designed to wick liquids into the fibers of the mat or the filler of the sock to capture liquids and hold onto them so that you don’t have a second mess to tackle.

A bag of clay usually weighs 40 to 50 pounds. In addition to being heavy, the bags are also awkward to handle, increasing the risk of lower back strain.

A mat pad weighs about 1/10 of a pound. A full bale of mat weighs 17 pounds – less than half of a bag of clay – and it absorbs about eight times more than a 40-pound bag!

When people see clay on the floor, it increases their perception that the floor is not slippery, so they may not take the proper precautions when walking over it. Because clay doesn’t dry a floor, a portion of the spill still remains, creating a slippery surface that can lead to a slip and fall injury.

Absorbent mats hug the floor, picking up liquids from above and below. The liquids are wicked to unsaturated areas, which prevents puddles in any given area of the mat and helps prevent it from becoming too slippery.

Reason #8: Clay Isn’t as Cheap as You Might Think

Sure, a 40-pound bag is usually less than $15, but you’ll need the whole bag for a 3-4 gallon spill. Add in labor and disposal costs, and it’s nowhere near the bargain it first appeared to be. A single sheet of mat costs less than $1.

Essentially, there are two ways to get rid of spent absorbent materials: landfilling and incinerating. Land disposal can introduce Resource Conservation and Recovery Act (RCRA) liability, and that’s just about all you can do with clay. Absorbent mats, socks and pillows can often be incinerated or become part of a fuels blending program that uses industrial waste to generate heat and other forms of energy. The residual ash is often used to make concrete, limiting a waste generator’s future liability.

Because it is a rock, clay has a very limited fuel value and cannot be incinerated, decreasing disposal options. Polypropylene mats have a high fuel value, with less than 1% ash, making them an excellent choice for incineration. And because they’re non-biodegradable, they also help to prevent leaching in landfills.

What is the Best Kitty Litter for Oil Spills?

Now that you know the pros and cons of oil absorbents versus kitty litter, it’s easy to see that mats and socks are almost always a better solution than kitty litter for absorbing oil. That being said, some cleanups are better suited for loose absorbents, especially if the surface you’re cleaning has a lot of cracks and crevices. In these situations, the best cat litter for oil spills is a clay-alternative loose absorbent that doesn’t contain crystalline silica.

Go to Absorbent Training Part 4: Find the Mat that's Right for You 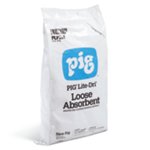 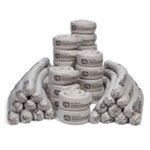 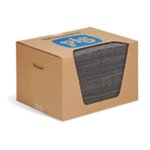 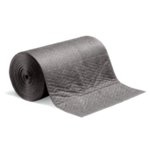 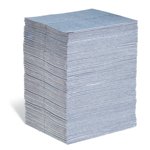 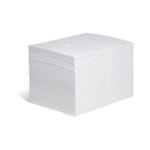 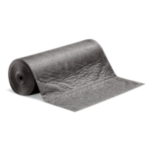 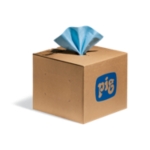 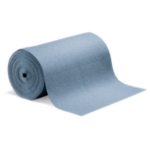 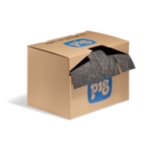 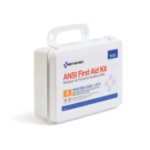