How to Respond to Spills

Knowing and documenting spill reporting requirements in contingency and response plans helps both responders and those responsible for filing formal reports know who needs to be contacted when a spill happens. Some agencies require “immediate” reporting of spills, and failure to report can lead to large fines.

Download this Spill Reporting Guide for guidelines to alert the correct personnel, authorities and agencies about a spill at your facility.

Following is a brief background on various federal statutes and their release reporting requirements. This list is not exhaustive; state and local governments may have additional requirements.

Under the Comprehensive Environmental Response, Compensation, and Liability Act (CERCLA), releases of certain hazardous substances into the environment require reporting. A list of CERCLA hazardous substances and their reportable quantity (RQ) is coded in 40 CFR 302.4. If the release meets or exceeds the RQ, it must be reported to the National Response Center (NRC) as soon as it is discovered.

The person in charge of the facility should make the report. Depending on the incident, the local emergency planning committee (LEPC) and/or the state emergency response commission (SERC) may also need to be notified. These requirements ensure that the appropriate U.S. government offices are informed of the release, and enable them to determine what actions must be taken.

The Emergency Planning and Community Right-to-Know Act (EPCRA) was created to protect the public from releases of hazardous substances. It requires that a release of an EPCRA extremely hazardous substance or a CERCLA hazardous substance, equal to or greater than its RQ, be reported if it results in exposure to people outside of the facility boundary.

The owner or operator of the facility must make the report to the LEPC and SERC where the spill occurred. EPCRA incorporates CERCLA’s hazardous substance list as well as its own list of extremely hazardous substances. It may be necessary to report to the NRC under EPCRA, as well as CERCLA. A written follow-up report may also be required under EPCRA. 40 CFR 355 has a complete listing of EPCRA substances and their RQs.

Hazardous waste generators and treatment, storage, and disposal facilities (TSDFs) are required to have a contingency plan which provides a plan of action to be followed in the event of a spill. These plans must include information on release reporting and phone numbers of the agencies that should be contacted.

Spills that have polluted water can be reportable if the spill is a hazardous substance listed in 40 CFR 117 that meets or exceeds its RQ OR an oil spill that has:

Section 311 of the Clean Water Act (CWA) identifies immediate notification requirements for the discharges of oil or hazardous substances into certain listed waters. The list of CWA hazardous substances has been incorporated into the CERCLA list. Therefore, a spill falling under the CWA is also reportable under CERCLA.

One call to the NRC can satisfy reporting for both requirements, however, the two statutes are not identical. For example, CERCLA has a petroleum exclusion that does not apply to CWA. Under this exclusion, some CWA hazardous substances may not be reportable under CERCLA, but still apply to CWA reporting requirements. The statutes overlap in some areas and differ in others, so it is important to know the scope of notification for each.

A spill must be reported under the Toxic Substances and Control Act (TSCA) if it contains polychlorinated biphenyls (PBCs) by concentration of 50ppm or more and if the spill has contaminated surface and/or drinking water, sewers, grazing lands, or vegetable gardens OR equals 10 pounds or more of materials that contain 50ppm of PCBs by concentration.

For any spill that contains 10 pounds or more by weight of PCBs, the NRC must be notified immediately. The EPA regional Office of Pesticides and Toxic Substances Branch must be contacted “in the shortest time possible after discovery” for spills involving more than 10 pounds of PCBs, or spills into drinking water, sewers, grazing lands or vegetable gardens.

TSCA also has release reporting requirements for substances that “pose a substantial risk of injury to health or the environment.” For assistance, TSCA has developed a “Reporting and Recordkeeping Rules and Requirements” booklet that provides examples of typical situations that may require reporting. For immediate notification of an “emergency incident,” a report should be made orally to the EPA regional office, and if they cannot be reached, to the NRC.

The Department of Transportation (DOT) requires that a release of a hazardous material during transportation be reported to the NRC if one of the following occurs:

In general, the reporting provisions under the Occupational Safety and Health Administration (OSHA) require an employer to contact the nearest OSHA area director within 24 hours of an incident that caused a release of hazardous substances into an area where employees may be exposed.

The employer should report all the information known about the incident at the time, including any medical treatment of affected employees. OSHA also requires a written report to be filed with the same official within 15 calendar days.

Be Prepared and Plan Ahead

Remember, “Expect the best, but be prepared for the worst.” Even if there has never been a serious hazardous material incident at your facility, if chemicals are stored, the possibility still exists. Plan ahead and know who to call when an incident occurs.

Download this Spill Reporting Guide for guidelines to alert the correct personnel, authorities and agencies about a spill at your facility. 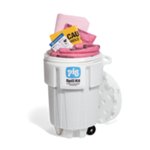 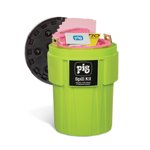 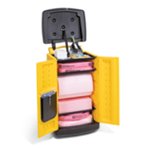 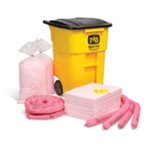 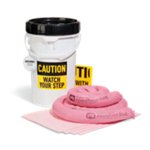 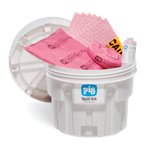 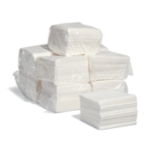 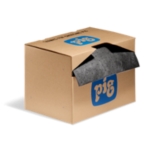 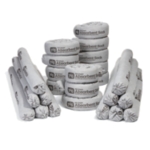 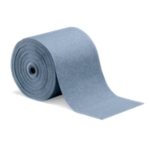 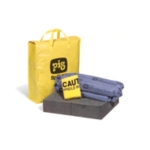