Never run out of the stuff you use most!

Plus, you get a FREE gift with every order! Start Autoshipping right now —
just change “Ship One Time” to a frequency that suits you. It’s easy! 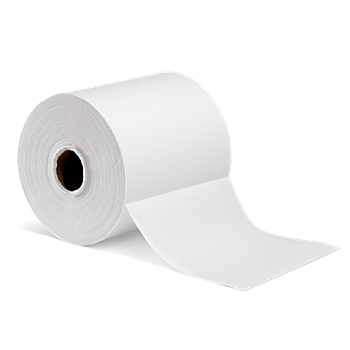 PRICING (Based on quantity)

Wiper roll with clothlike thickness for tackling wet jobs, even those on rough, jagged surfaces.

Based on 2 reviews
Write a Review

We have these wipes on stands throughout the shop floor. They are easy to use, hard working and very absorbent for coolant and oil.

For the last several years we have been purchasing rolled towels from another company. They were the only ones that we could find that had the range of use that we needed for our industry. Recently we were placing an order and we decided to look up what towels your company sold. We found the WorkWipes Series 80 and decided to buy some and give them a try. They were delivered promptly and I gave the two boxes I had received to two of my technicians. I immediately received a rave review from one of them. He said that they worked better than the others we had been purchasing. He said he used less to clean up a larger area and that they absorbed quicker. The other technician backed him up when he was required to use them a few days later. Therefore, based on this, they are more economical and are less expensive than what we were previously purchasing. The roll is the same size so they do not have to modify their towel racks in their vehicles. I now have requests from the other technicians to not buy the other rolls ever again. I will definitely be ordering these towels again.

2 of 2 Reviews
Write a Review

Mail It To MeView Online

Keep an eye out for exclusive promos served straight to your inbox.

We’re obsessed with keeping you happy! Leak and spill experts are standing by with free advice to get you unstumped. Learn more.

The New Pig No Guff Guarantee®

We stand behind 100% of our products 100% of the time. If you’re not happy, we’ll refund every penny, including taxes and shipping both ways. Zero risk. No guff. All good.